The Bay Area’s Most Exciting New Restaurants of 2020

It feels a bit uncomfortable to talk about “exciting openings” in a year as devastating to the local restaurant scene as 2020 has been. However, since the past nine months have seen more heartbreaking closures than we care to count, they have also been a time of unprecedented creativity and hustle.

We have seen long-running pop-ups take the final steps to realize their proprietors’ long-held brick-and-mortar dreams. We have seen laid-off chefs start successful Instagram-based food businesses that may be the seeds of a crop of exciting new restaurants in 2021 and beyond. Moreover, in a time when the financial realities of the coronavirus crisis threaten to leave national chains, fast-casual places, and ghost kitchens as the only restaurants standing, we have seen new spots doing their best to add to the diversity of the Bay Area restaurant landscape.

Put another way, these newcomers — and many others — helped make this awful year just a little bit more bearable. Here, then, are 20 of the Bay Area’s most exciting new restaurants, arranged in rough chronological order of opening. 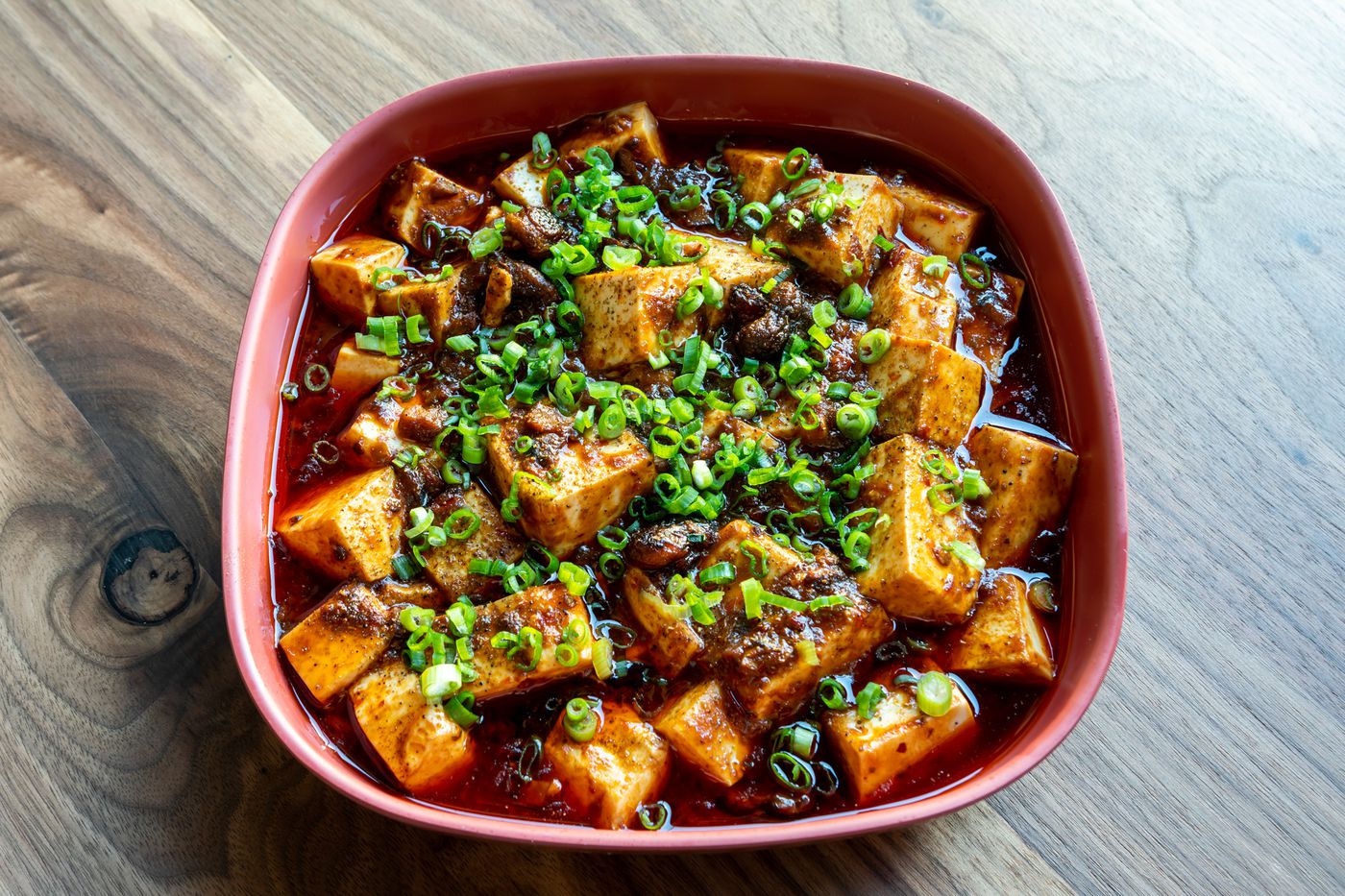 Remember those halcyon days of February 2020, when going out to a buzzy, crowded bar for cocktails and dessert was still a thing? That was when Viridian burst onto the downtown Oakland bar scene, with a one-of-a-kind formula: absurdly delicious cocktails, inspired Asian-leaning desserts, and a distinctly Asian-American aesthetic, with a purple-pink color scheme inspired by Lisa Frank and jelly roll pens to boot. For now, the place is serving a much more limited to-go menu, but part of what is getting me through the rest of this pandemic is thinking about how fun it was to hang out here — and how great it will be to go back eventually. 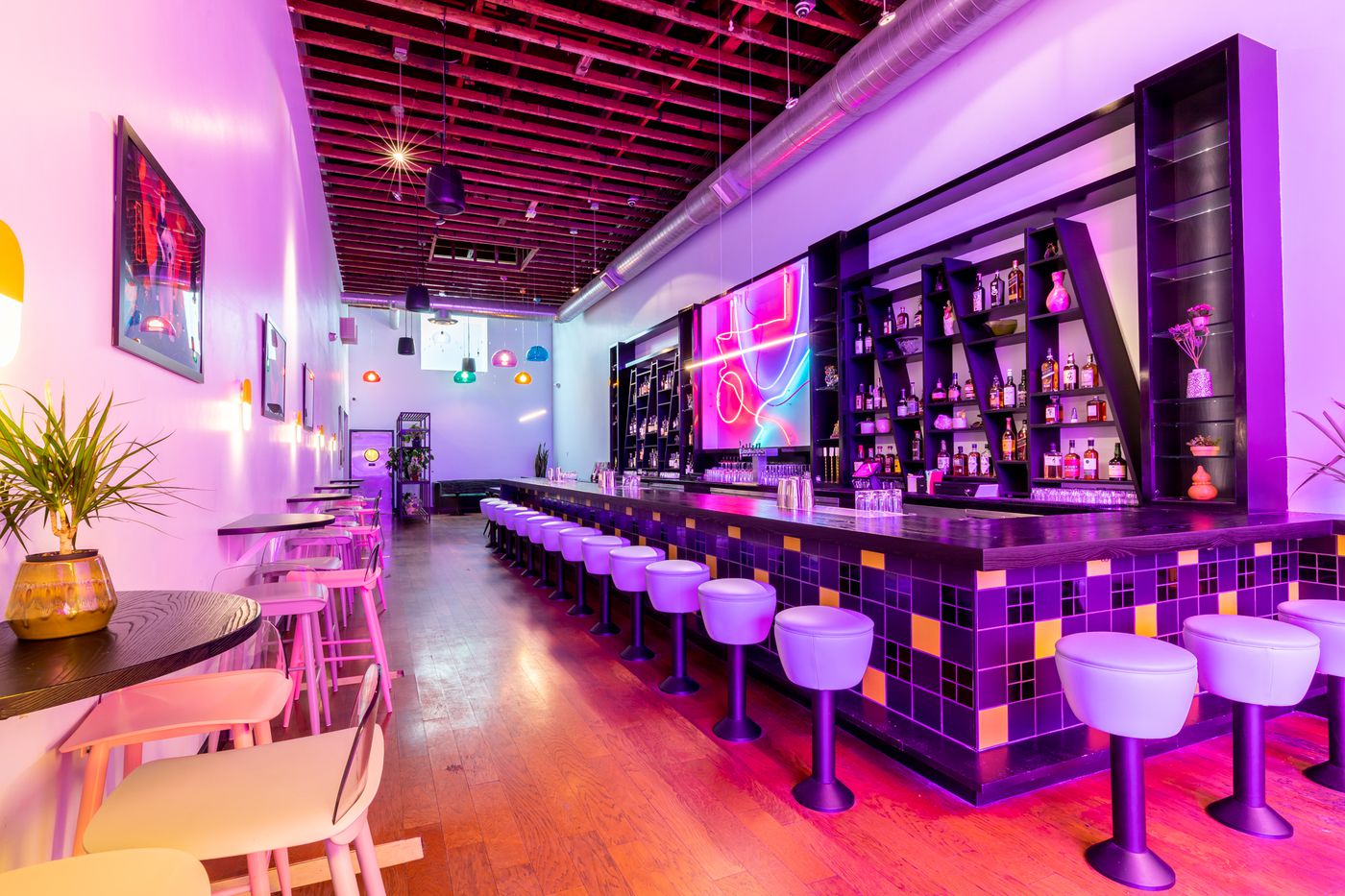 A bold, modern izakaya helmed by former B-Dama chef Asuka Uchida, Fish & Bird was the most inventive Japanese restaurant to hit the East Bay in years, dishing out a menu equally adept at blowing minds (cheese curds inside fried fish cakes?) as it was providing cozy comfort. The latter category of cuisine has served the restaurant well during the pandemic, as the kitchen has hustled to put out everything from shabu kits to a reheat-and-eat Japanese meatball in brown gravy — a contender for any list of best things to eat over white rice.

With a built-in fanbase from years spent hawking Berliner doughnuts and Bienenstich (bee sting) cakes at local farmers markets, San Francisco’s only dedicated German bakery finally set up shop in NoPa in February, blessing the city with one of its prettiest (and most delicious) spreads of not-too-sweet cakes — a boon to homesick German ex-pats and curious first-timers alike. 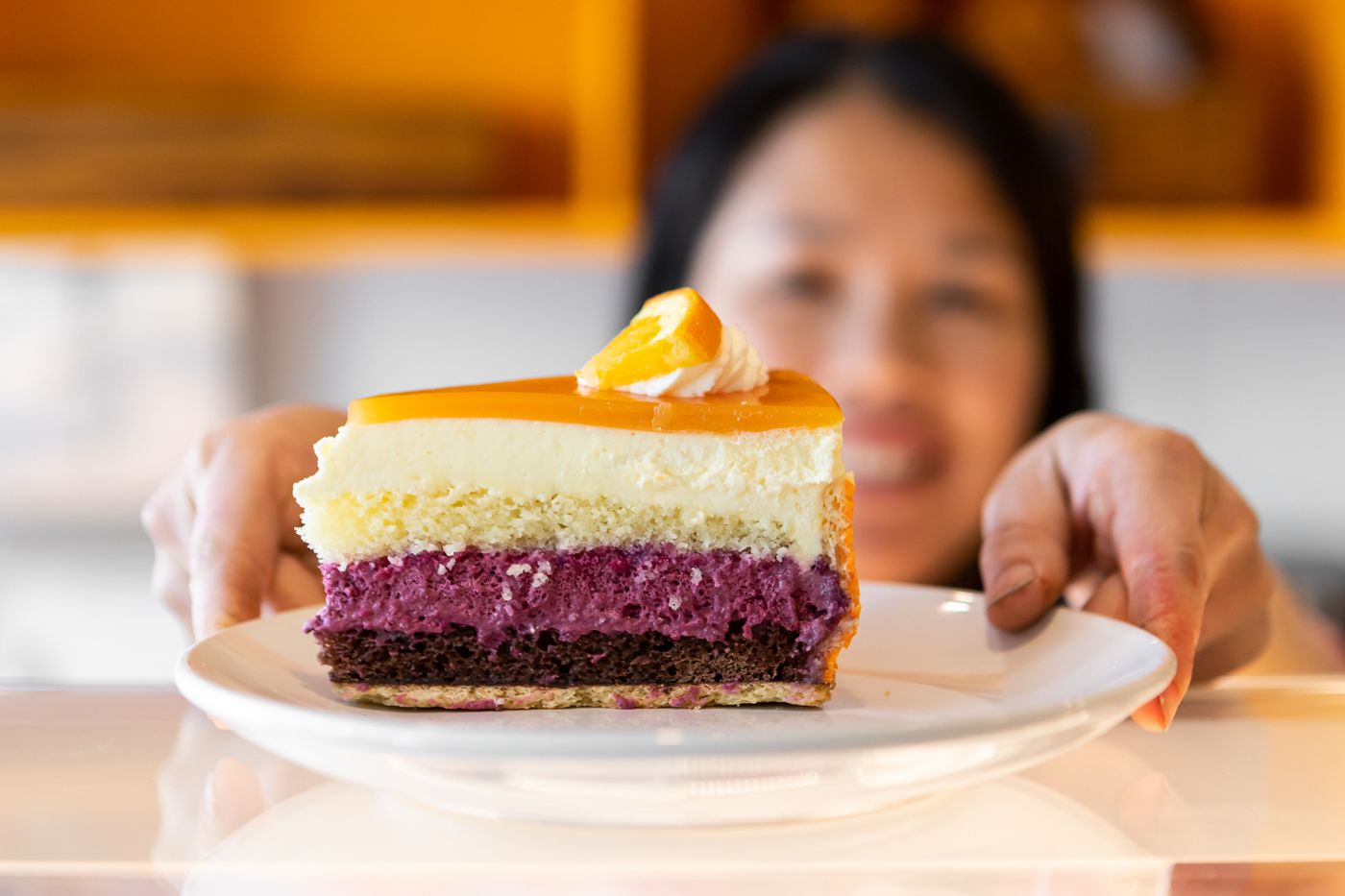 The greatness of San Francisco’s most exciting new sushi spot lies in part in how approachable it is. At Fenikkusu, the omakase options (still available for takeout) start at $25 for five nigiri — all of them stunning, thoroughly non-generic picks like buttery ocean trout dabbed with miso or blue shrimp topped with toasted pine nuts. Meanwhile, the izakaya-style appetizers, like King oyster mushrooms stir-fried in miso butter, are just as notable.

This Outer Sunset newcomer has ambitious dinner kits and an extensive, well-curated wine collection in its repertoire, but Palm City Wines by far best known for its selection of well-stuffed (and Instagram-friendly) Philly-style hoagies — a prime example of the Bay Area’s mid-pandemic big sandwich obsession.

Of course, Arepas en Bici is not, strictly speaking, a restaurant. However, in a year when “pandemic side hustle” entered the food media lexicon, this San Francisco-based arepa bike delivery service, more or less a one-person operation that laid-off chef Victor Aguiler promotes mainly via Instagram, represents the best of what pandemic-fueled ingenuity has produced. It is also one of the only sources for traditional Venezuelan food in the city — itself a cause for excitement.

Fine dining vet Vic Donado may not have previously planned to be slinging burgers for the past seven months, but he has leaned into the endeavor, taking the now-ubiquitous smash-style burger to extremes previously unseen in the Bay Area — the thinnest and crispiest patties, the most whimsical and outlandish toppings. All told, the pop-up, based first in Oakland and now in Alameda, has been a runaway hit from day one. 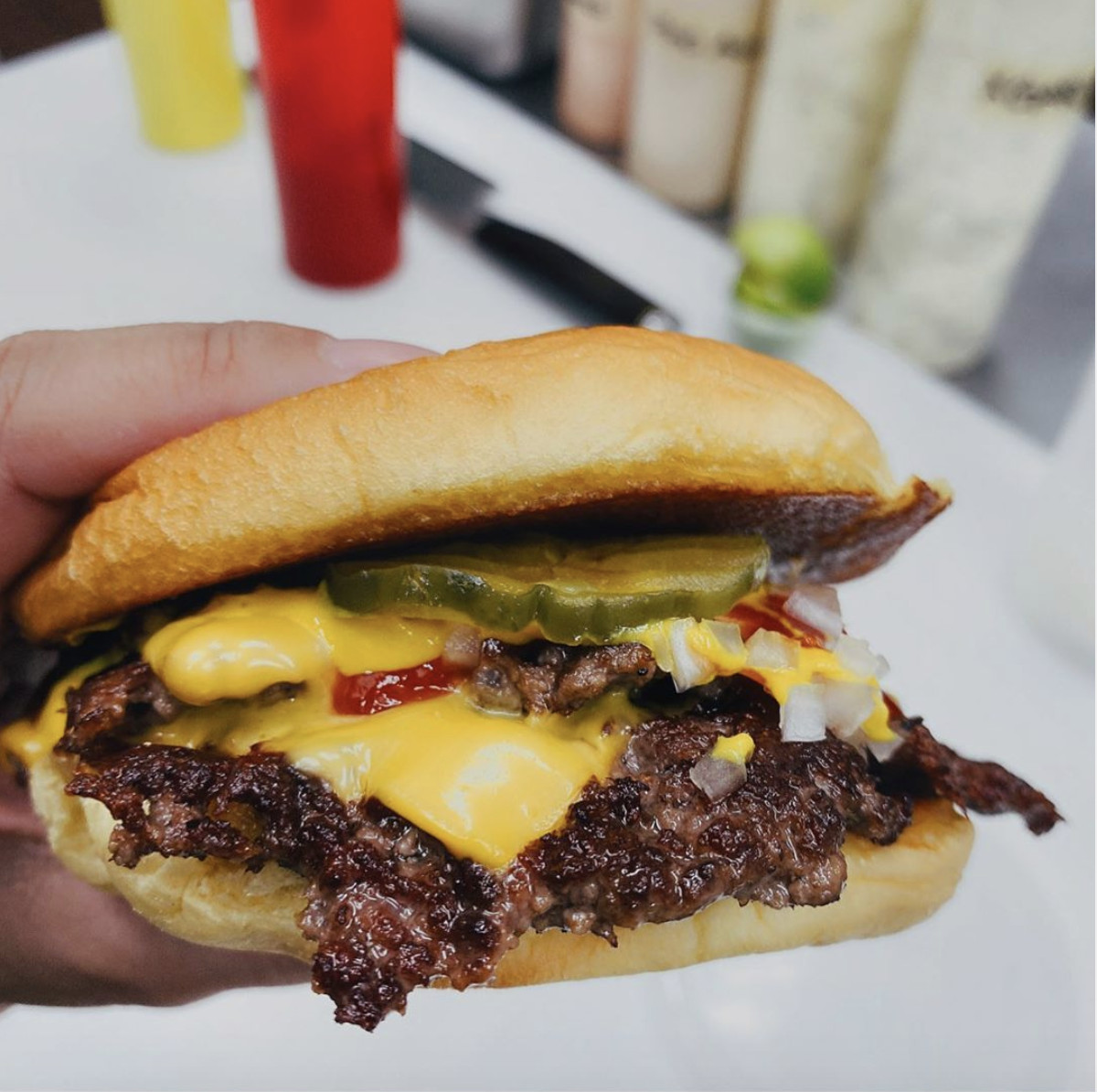 Japanese food obsessives and burger enthusiasts both nerd out over this early summer opening, which featured Masa Sasaki’s talents, one of the Bay Area’s most talented sushi chefs — applying his skills, now, at a burger shop. Masabaga is home to Sasaki’s original creation, the “toro burger” (featuring a juicy, katsu-fried piece of tuna belly), along with a handful of other creative, Japanese-inflected sandwiches. 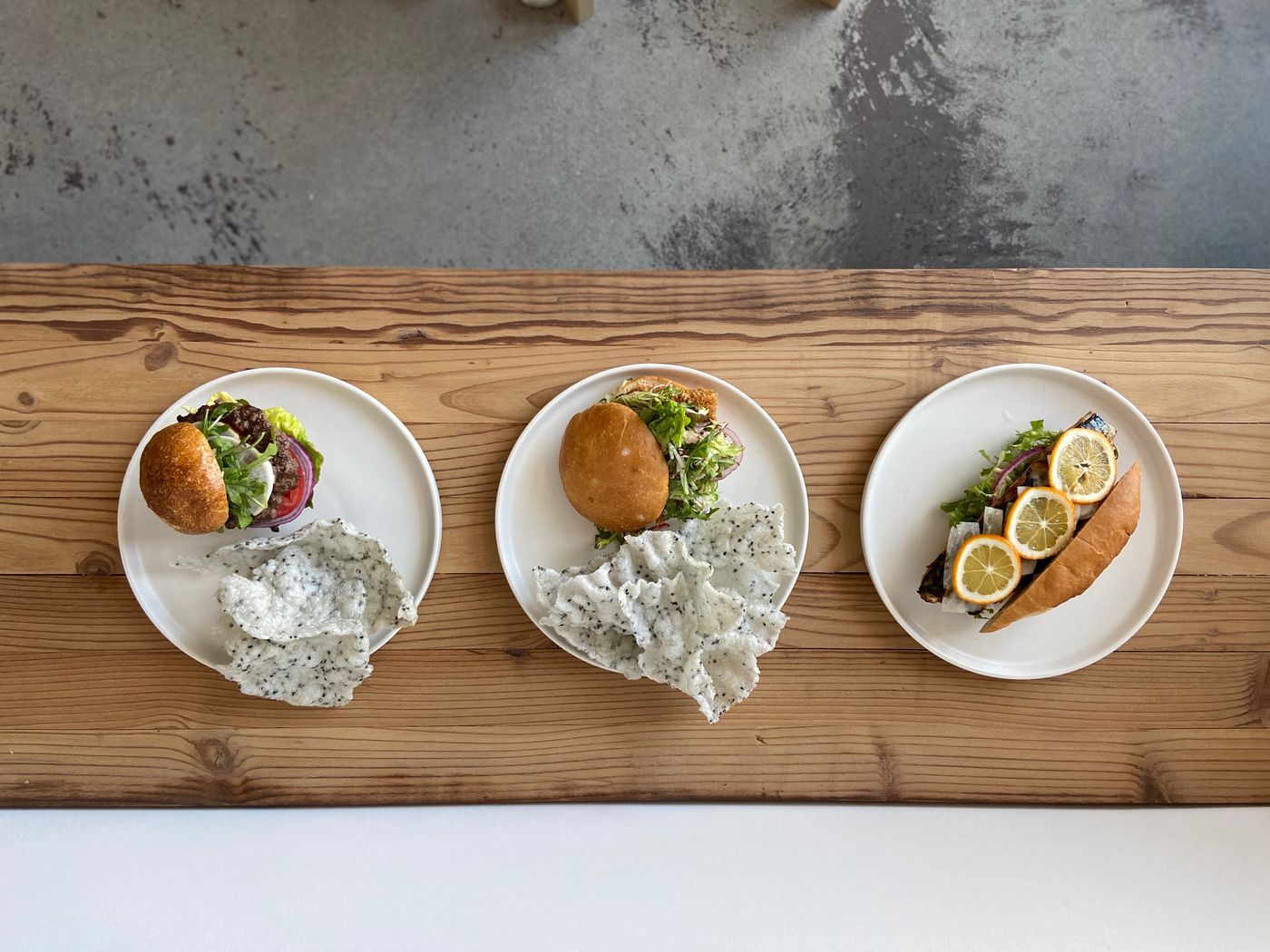 Fans of what is arguably the Bay Area’s best and most famous version of the taco phenomenon known as quesabirria had to abstain for several months while El Garage put the finishing touches on its first actual restaurant storefront. It was worth the wait: Being able to snag those cheesy, consommé-dipped beauties consistently every week, multiple days a week, has been a game-changer for the former driveway pop-up. 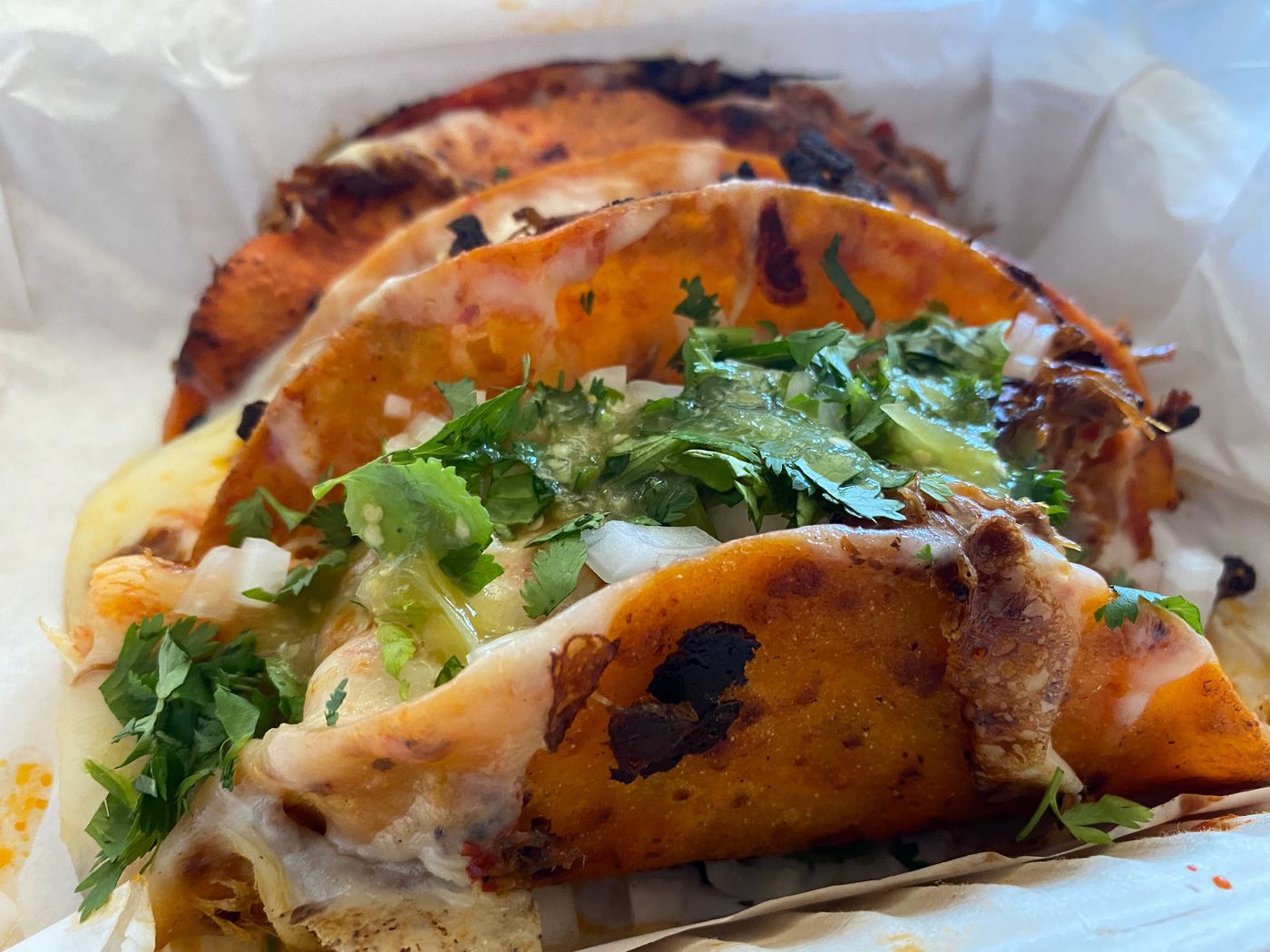 After disappearing from the scene for two years, this Hong Kong-inspired South San Francisco spot reemerged this summer with a full revamp of the space that made what had already been the Bay Area restaurant most similar to an Asian night market even more night market–like. Plastic stools and tables set up in the parking lot, and new menu items like a Chiu-Chow style congee bar completed the effect. 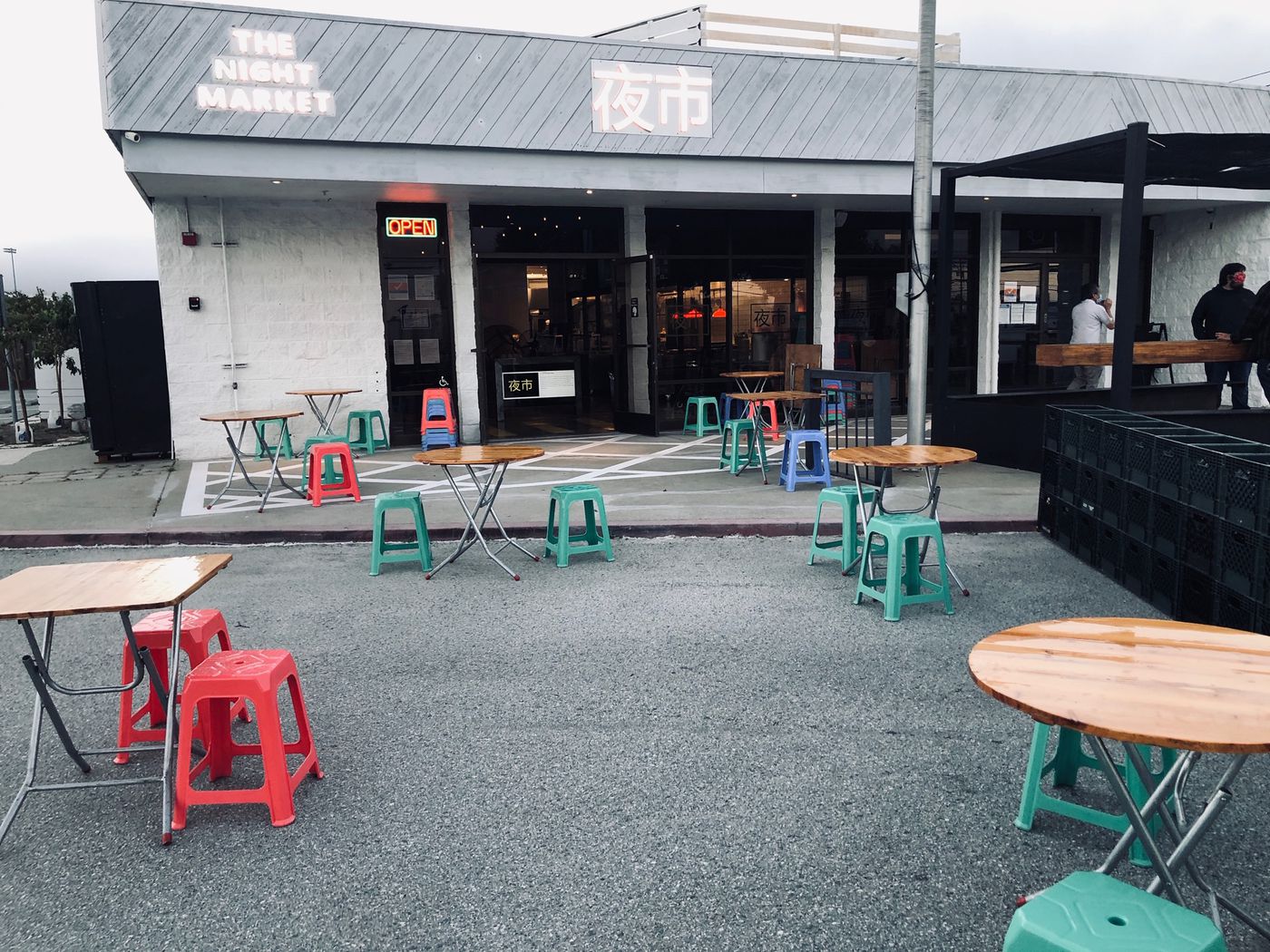 The full glories of this cozy, banquette-lined French restaurant from the B. Patisserie team might not be seen until indoor dining returns, but for the past several months, Routier has blessed diners with some of the most elegant and comforting takeout in the city — rillettes and financiers and a show-stopping lobster “grand aioli” salad. 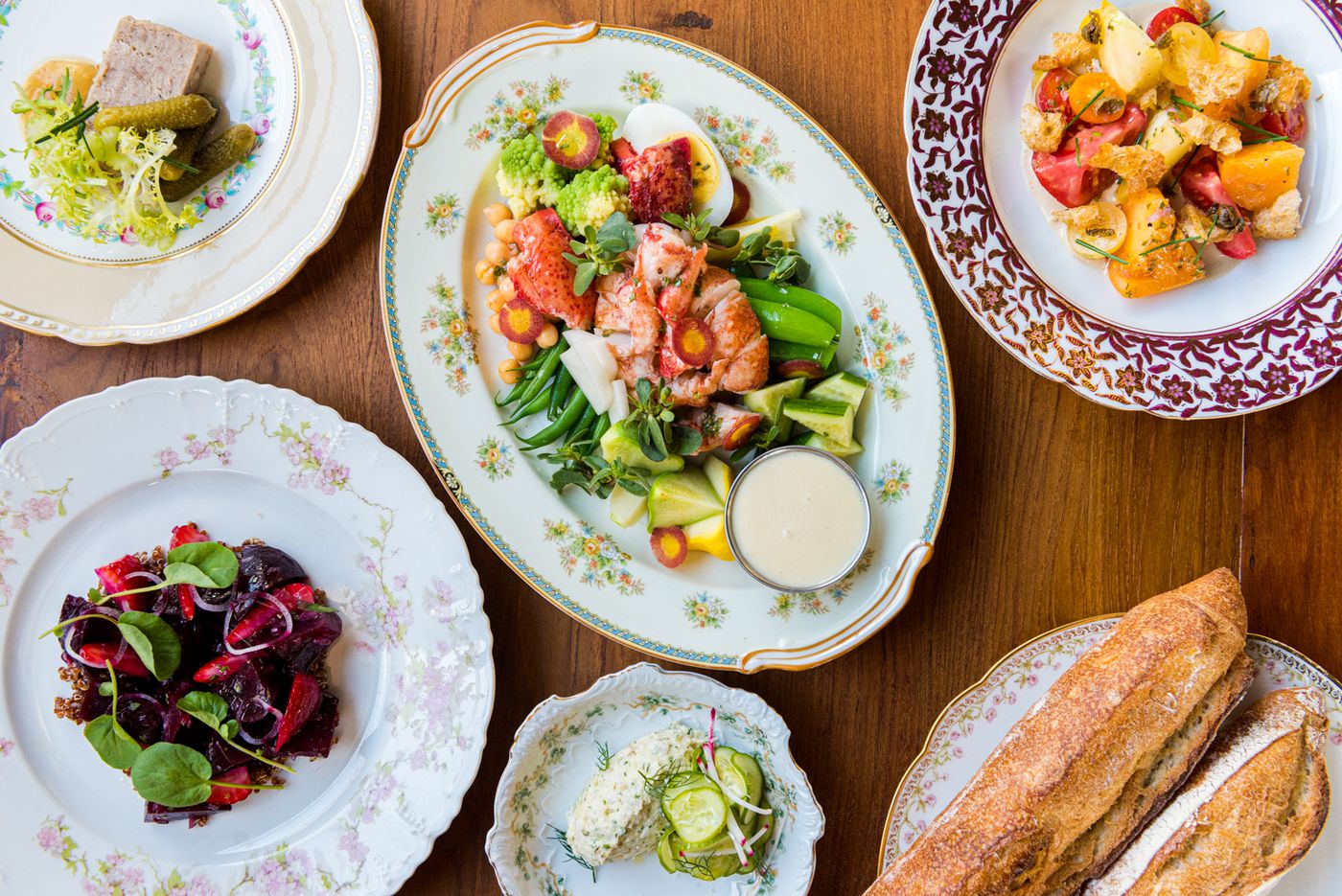 The Bay Area has been hungry for more Caribbean food options for some time now, which is why this new Trinidadian spot in East Oakland was such a welcome addition to the scene: Its curry roti wraps, fiery and unspeakably tender jerk chicken, and house-made ginger beer are the real deal.

Ever since it opened in September, this vegan Singaporean spot’s Friday and Saturday takeout offerings have been one of the toughest tickets in town, often selling out minutes after they’re posted online — a tribute to this former pop-up’s wild popularity and the bold flavors found in dishes like its trademark tofu- and yuba-stuffed shaobing sandwiches.

The Bay Area has never had a barbecue restaurant open with as much anticipation as Matt Horn’s new West Oakland spot, which, just a couple of months in, is already the kind of place that inspires pilgrimages — that is how good the pitmaster’s Central Texas-style brisket and other slow-smoked offerings are. 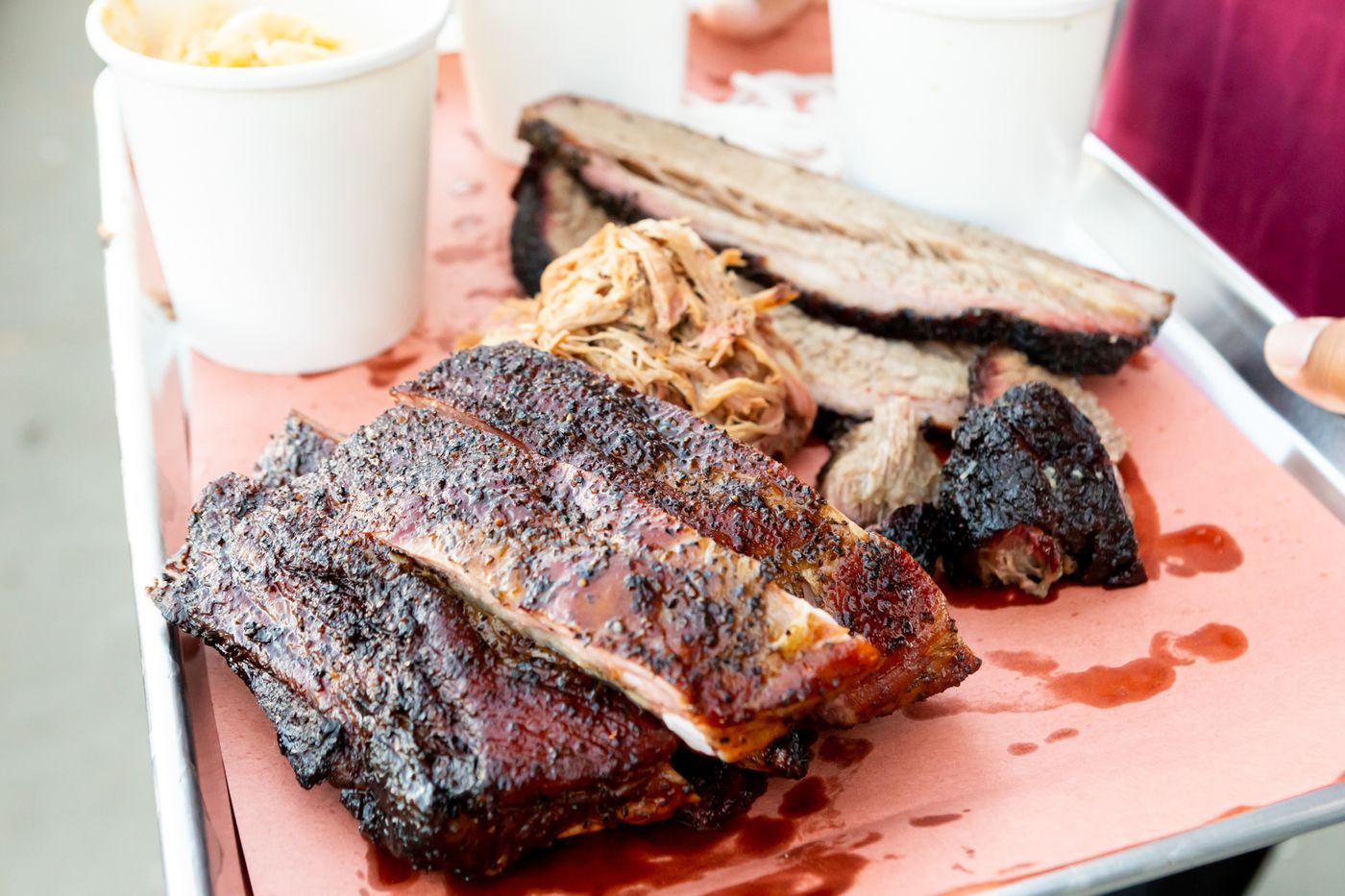 If you are a fan of oily little fish, it is hard not to root for an entire restaurant built around that theme. That is the premise of the State Bird Provisions newest spot, which preserves its anchovies in-house during the local season and serves a whole host of other treasures from the sea: Smoky braised oysters, cod roe butter over steamed potatoes, and uni toast are just a start.

You’ve got questions and we can’t wait to answer them.